A few years ago, I started noticing the trend of picking a word for the year.  It seemed like an interesting idea, and I watched from the sidelines for awhile.  And then I started picking my own words.  2016 was Relationships.  2017 was The Year of Finishing.  And this year? 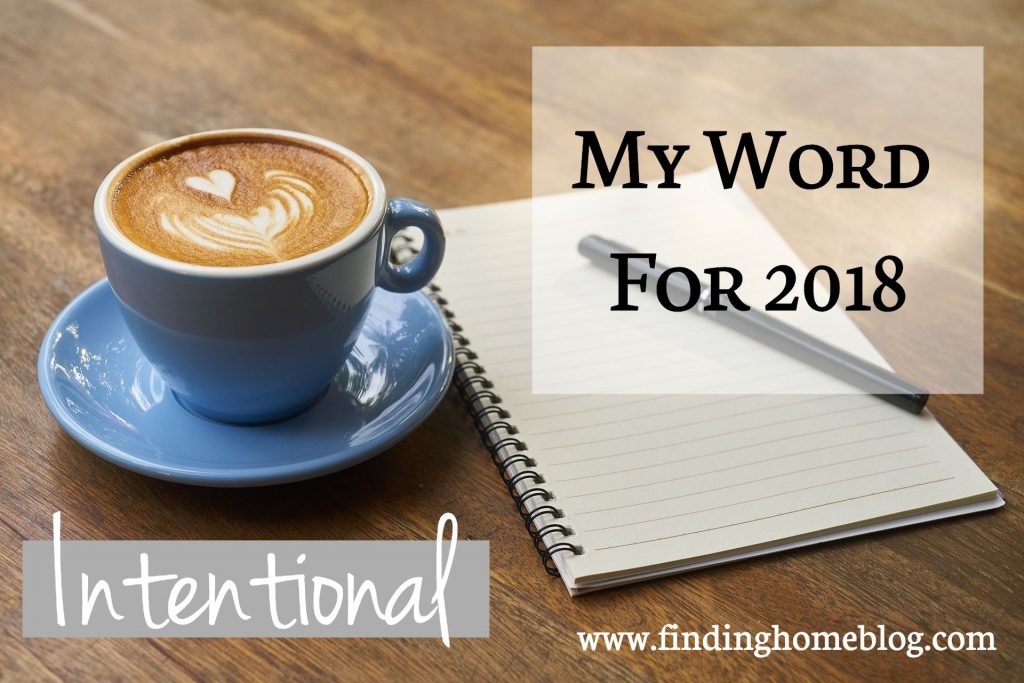 I’ve been thinking about this word for about two months now.  I headed into December trying to slow down and not overcrowd my schedule and the holiday season with too much stuff.  I failed miserably, by the way.  But it’s only given me that much more motivation to be intentional in 2018, and there are a few areas I’m focusing on.

Margin. I am the best wife, mother, person in general when I have space in my day.  That means saying no to most extra things.  It means planning ahead so that I’m not scrambling or trying to do all the things at once.  It means letting go of anything extra in certain seasons (aka having a newborn around the house).

And it also means making space for the things that I love to do, and that fill me up, every day.  If I’m not intentional about doing that, it falls by the wayside for too many days until I’m a terrible person to be around.

Homeschool.  I really enjoy the planning aspect of homeschool, and I like teaching my kids.  But there are certain subjects that I struggle with, because I don’t feel as competent at them, or our schedule is thrown off and they get missed a lot.  I want to be intentional about getting to those subjects regularly, even though they’re not my favorite.  Because my kids’ education isn’t about what I like.

I also want to intentionally include some of the messy.  I used to think I was a crafty person, until I had children.  And the bits of paper, the glue smudges on the table, the stuff left sprawled everywhere just kills me sometimes.  But when they create things, their imaginations come alive.  So whether it’s more structured projects that I plan to incorporate during school time, or simply giving them free reign to bust out the craft supplies more often, I want to do that.  And then I’m going to be intentional about teaching them to clean up. Ha!

Money. We are working on getting out of debt, and it’s a long process.  We are looking to make some serious progress this year, but it’s really easy to get derailed by a pizza night, or extra trips to Starbucks, or random doodads at the store. I also want to be intentional about bringing in some extra income, both from the work I do online, and from simple things like selling extra stuff around the house.

This year, I have a specific monthly monetary goal in mind.  I have a lot of behind-the-scenes refining that I’m working on.  And I’m still trying to figure out how much time and which specific hours I want to dedicate to working here.  (Lest you think this flies in the face of my margin time, I already have some “maintenance mode” time planned for January and February, but I still have projects in the works.)

Basically, instead of just blogging when I feel like it, or when I have a post scheduled for the next day, I want to work strategically so that I can get ahead of what’s current. Hopefully you are all blissfully unaware of how messy the blogging behind-the-scenes can be sometimes, and I’ve managed to convince you that I have things under control, but I don’t always.

Relationships. For as good as I am about being organized in some areas of my life, I’m really terrible about prioritizing relationships until they hit a danger zone.  I’ll work too much on a personal project and realize that I’ve said no to reading stories to the girls for five days in a row.  I’ll get laundry caught up but snap at my husband because can’t he see that I’m busy?  I’m really good with task-oriented lists, and not so much with people.

I want to spend intentional time with my kids one on one.  I want to have plenty of time one on one with my husband (or with my husband and a sleeping baby, as the case may be).  Those moments occasionally happen, but there are a lot of us, and sometimes certain relationships need attention.

This goes for extended family and friends too.  This means simple things like remembering birthdays early enough to send gifts or cards so they make it on time (I did not take my own advice last year), regularly talking on the phone, and encouraging my kids to keep in touch with the family members we don’t see as much.  I have good intentions, but I haven’t been intentional about it.

Those are the areas I’m focusing on for this year.  By being intentional, I’m hoping to have a great year and make progress on my goals!  Do you choose a word of the year?  Tell me what yours is! 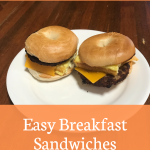 Disclosure: Some of the links in this post are … END_OF_DOCUMENT_TOKEN_TO_BE_REPLACED

Ever since I was a little kid, I've loved books … END_OF_DOCUMENT_TOKEN_TO_BE_REPLACED

Disclosure: Some of the links in this post are … END_OF_DOCUMENT_TOKEN_TO_BE_REPLACED