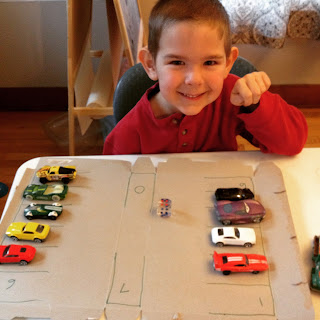 This week for Letter of the Week, Matthew is learning about V.  Since we don’t have a specific math curriculum for him, just concepts, we are reviewing some of the concepts he’s already learned, but with vehicles.

He measured some vehicles using unifix cubes, he’s going to classify vehicles based on where they run (land, air, or water), and he’s doing some one to one corresponding and addition and subtraction games with toy cars.

Like today.  The prep for this was really easy:  I flattened out a cereal box and drew parking spaces.  1-6 were on each side, and 0 and 7 were in the middle.  He was able to play three games with this board, 12 vehicles, and a die.

I thought we were done, but Matthew wanted to keep playing.  And then he started doing patterns with the colors of the cars.  Cool! 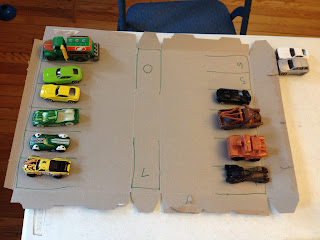 This ended up being a really versatile and really easy-to-set-up day of math for us. 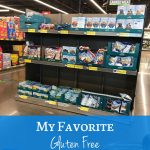 Aldi is one of my favorite grocery stores, and … END_OF_DOCUMENT_TOKEN_TO_BE_REPLACED 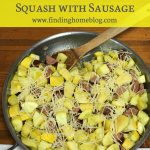 A few summers ago, we were given a big bag of … END_OF_DOCUMENT_TOKEN_TO_BE_REPLACED 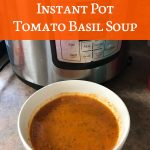 We don't eat a ton of soup during the summer, but … END_OF_DOCUMENT_TOKEN_TO_BE_REPLACED